Nigerian musician and Kokomaster, Oladapo Daniel Oyebanjo aka D’banj, has been conferred with a chieftaincy title in Imo State. 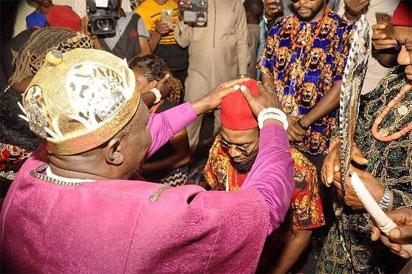 The veteran artist who famously sang about being conferred with a chieftaincy title everywhere he visits was conferred with the title of “Enyi Ka Nwanne of Amuzi Obowo” in Obowo LG of Imo State.

Dbanj who shared photos of the event on his Instagram page was spotted wearing Igbo ‘isi agu’ attire while being flanked by his friend and business partner, Mr. Damian Ifeanyi Okoroafor as he received the title. 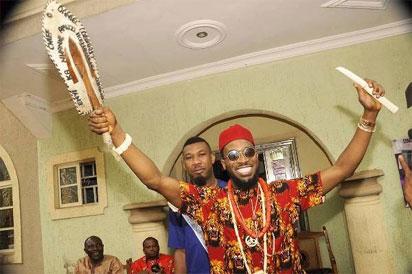 The Kokomaster recently performed with his Mo Hits Records label mates including Wande Coal, Don Jazzy, D’prince, and Dr. Sid, at Davido’s 30 Billion Concert in Lagos after long years of hiatus as a group since their fall out in 2012.

Picture Of Kidnapper Evan’s Wife And Children Crying Used At FEC Retreat In Abuja
Bauchi Got Talent
US, S. Korea, Japan start missile-tracking drill
Climate Change: Group Wants Govt To Commit 5% To Energy Transition
‘Jamb cut-off mark in the 90s, the minimum requirement was 180 but instead …’